Data storage takes several forms and can be broken down into removable, primary, secondary, and virtual data storage. Each category has its own place. As an organization moves toward a virtual desktop infrastructure, some forms of storage system might be more suitable than the others. Here's a look at the different kinds of storage systems and their place, if any, in a virtual desktop infrastructure.

Think of primary storage as the built-in, hands-off storage on a server or computer. For example, computers come with built-in ROM and RAM. Generally, this type of data is handled by the operating system and the end-users are not required to do anything exceptional other than utilizing their computers. Random Access Memory (RAM) stores the data temporarily; when a computer is switched off, its RAM data is removed from the memory. Read only memory (ROM) is permanent and can’t be overwritten; ROM stores the data on the internal chips.

Storage devices such as CDs, hard disks, USB flash drives and DVDs are secondary storage devices. These devices can be easily added to a network or computer system as needed to increase the storage capacity. For instance, if you have a desktop computer with a almost full built-in hard disk, you could append a second hard disk for added capacity. You could also write data to a DVD, CD, or USB flash drive. Secondary storage is semi-permanent. For example, it doesn't disappear when you shut down the computer like the RAM does. However, you can generally overwrite the data and delete files.

Removable storage falls into the secondary storage category, however is notable for its portability. USB thumb drives are the most classic example of the removable storage. These small devices are simply inserted into the USB ports where they turn into an extra drive. You can drop and drag files between other drives and the USB drive as well as save files straight to the device. Once removed, the storage is easily portable. You can plug the USB drive into a different computer and access the files, write new data, and so on. Removable storage comes in different forms including memory cards, USB drives, and even connected devices such as smartphones, MP3 players and digital cameras.

Virtual machines do not essentially require their own storage devices as the data is usually stored in the organization's virtual storage system. However, end-users might need to access the data on a CD, DVD, or Blu-ray disc or may want to save files to a USB drive for different purposes. For example, a sales rep may wish for a copy of his PowerPoint presentation on a USB device to ensure a premier presentation at a client's office.

Online / virtual storage is a storage system that is hosted by the enterprise or the third party provider, with users accessing it using an Internet connection or a network. While the terms cloud computing and virtual data storage often sound as if data is just imperceptibly floating around, it is actually stored on the physical storage devices situated in a remote datacenter. 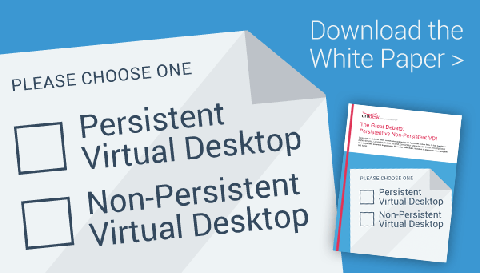