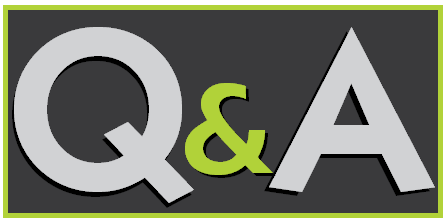 Welcome to our Citrix Q&A Friday. Do you have a Citrix question? Enter it here:

Q: What is Citrix?

Citrix currently services around 230,000 organizations worldwide and is based in Fort Lauderdale, Florida, in the South Florida metropolitan area, with subsidiary operations in California and Massachusetts, and additional development centers in Australia, India,Canada and the United Kingdom.

...when someone asks “What is Citrix” they are usually talking about what was once Citrix Presentation Server, now called Citrix XenApp, and soon to be folded into Citrix XenDesktop 7 permanently.

While there are several different software and hardware offerings from Citrix, typically when someone asks “What is Citrix” they are usually talking about what was once Citrix Presentation Server, now called Citrix XenApp, and soon to be folded into XenDesktop 7 permanently.  While there are a host of products, these 7 are more popular than the rest.

XenApp – 100,000,000 people world wide use Citrix XenApp to access their Windows based applications remotely from almost any device in the world.  Applications and data stay safely in the company data center, but you can access them from almost any device with internet access on the planet.  To steal a line from Citrix, “XenApp lets a company deliver applications as a cost effective, on demand service to any user, anywhere”  How does XenApp help a business?

XenDesktop – Is a software product that includes XenApp mentioned above.  Citrix XenDesktop lets you access your virtual applications (applications that run in the data center, not on the computing device you are using.) and/or a full virtual desktop (a full PC running in the data center and being delivered to any device, anywhere.  Learn more about XenDesktop.

XenServer  - Is software technology that lets you turn one physical server into many that work on that one piece of hardware.    Learn more about XenServer.

NetScaler – A physical piece of hardware or a virtual (software based) appliance that lets you load balance applications, setup an Application Firewall, allow for secure access to business applications from outside the company network, etc.  What all does a NetScaler do?

XenMobile – is a platform that lets a business manage mobile devices, applications and data end to end from provisioning to decommissioning.

ShareFile – Lets you share, synchronize, secure and sync data on any device.  Could also be called Dropbox with corporate policies applied.

GoToMyPC – a subscription based service that lets you access your Mac or PC from anywhere you have internet access. 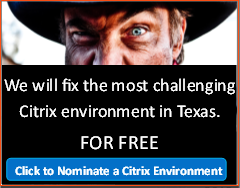