Let's break it down:

What does Citrix ADC do and what are the most common definitions?

At a high level, Citrix ADC has become a huge part of Citrix’s business by helping customers do four big things:

NetScaler ADCs: ADC NetScaler was offered in three different licenses: Standard, Enterprise, or Platinum. They are now rebranded under the Citrix ADC name, as defined below.

Even among those that know and work with Citrix ADC, the most common way it is described is as a Swiss Army knife. If you are like most people that bit of information is not helpful in understanding what it does. Keep reading to to learn more about what Citrix ADC does for businesses, end-users, application performance, and more.

Don't have time to read the entire post? Take a shortcut and gain insight and improve troubleshooting of Citrix application delivery infrastructure today. Download the case study to learn more: 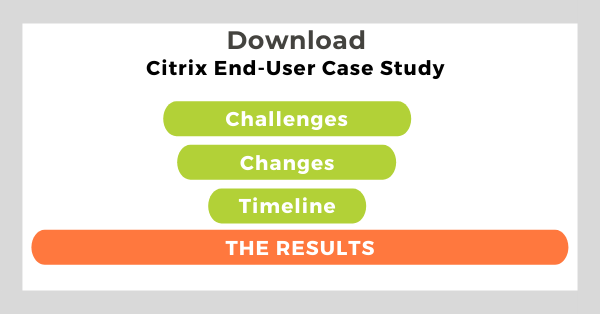 Hopefully this post has helped give you a basic understanding of what Citrix ADC does. If your end-users are suffering from painfully slow logon times or virtual desktops are sluggish, I invite you to visit one of our most popular blog posts*: